How To Move a Motorcycle

Imgur user Turbovez and his wife took their 2 old motorcycles on a 2,000 mile journey across the American Southwest. From California through Nevada, Colorado, Arizona the 4 Corners Region, Native American Reservations, and the Grand Canyon they rode on battling dirty and sandy roads, heat advisory, and mechanical failures along the way. The couple took in scenic views of America everyone should strive to see as they made their way through each state. Eventually, they had to resort to renting a moving truck as one of the bikes broke down and the summer heat in Arizona became too much to risk riding in. 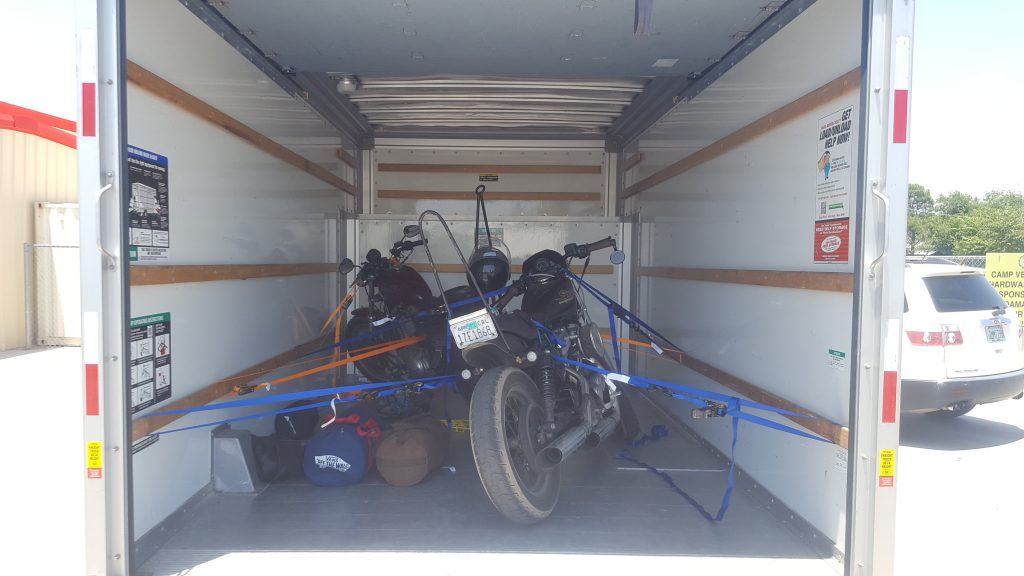 This configuration kept their motorcycles safe and sound on the over 5 hour drive from Camp Verde, AZ back to Joshua Tree, CA and should work well for you if you’re moving one or two motorcycles. Of course that means you’ll need to rent a moving truck. You should be able to use this same technique on a flatbed trailer or in the bed of a regular pickup truck, you’ll just need three tow straps per bike and a ramp of some sort to get the bike or bikes into the truck bed or onto the flatbed trailer. If you’re moving other stuff in a moving truck along with your motorcycle we’d recommend adding your motorcycle to the truck first, then waiting on the engine too cool off before placing boxes and other items around it.

View the entire gallery of photos from their trip here: Couple Takes a trip across the American Southwest on Motorcycles