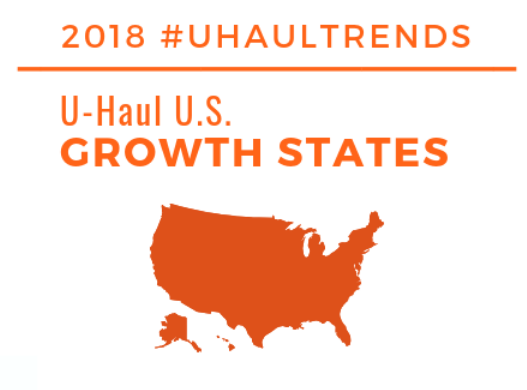 People are moving and U-Haul has the data. Are people moving within their respective states? Or, are there trends towards certain states on a large scale? U-Haul went through their records and shared their results for 2018.

A Spotlight on Texas

U-haul writes, “North Texas is truly bursting at the seams,” stated Kevin Flanagan, U-Haul Company of Northwest Dallas president. “McKinney, Frisco and the entire Dallas-Fort Worth metroplex has been growing substantially in recent years. Texas is gaining more residents than any other state. I think it is the most desirable state in which to live. Obviously, many U-Haul truck-sharing customers agree with me.”

Why is Texas gaining more residents than other states? Business opportunities are a big reason. Companies are moving to Texas and bringing their employees with them. Lower taxes is another reason.

States with high taxes—such as California—are losing residents to Texas.

How has the population migration to Texas changed since 2017? U-Haul continues, “Texas arrivals of one-way U-Haul trucks were up 5 percent compared to the state’s 2017 numbers, while arrivals accounted for 50.2 percent of all one-way U-Haul traffic in Texas to keep it the top state for netting do-it-yourself movers. Communities in and around the Houston, Dallas-Fort Worth and Austin-Round Rock metropolitan areas continued to see some of the largest influxes of U-Haul traffic in the Lone Star State.” 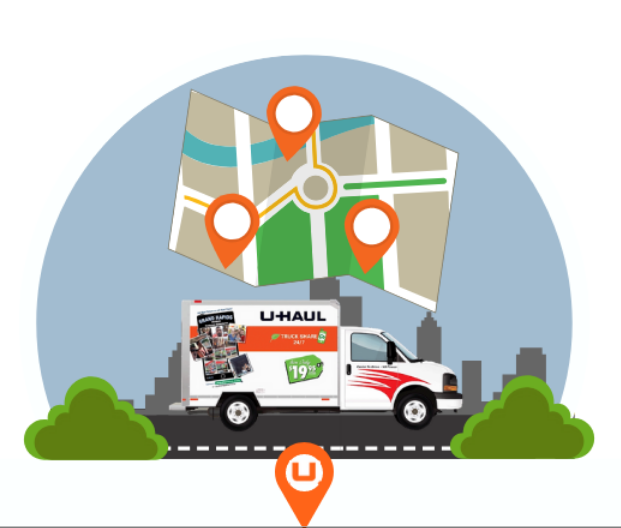 Florida, South Carolina, Utah, Idaho, Maryland, Vermont—these are the states people are moving to besides Texas.

U-Haul writes, “Florida ranked second for the third year in a row. South Carolina inched up one spot to No. 3, while fast-risers Utah and Idaho rounded out the top five states for growth.”

South Carolina, Utah, and Idaho aren’t staying stagnant on the list; instead, they’ve become even more popular in 2018 from the prior year.

Which states came in last? These are the states people aren’t moving to. As a matter of fact, people are moving away from them.

Illinois, Michigan, California, Louisiana, and Massachusetts were the big losers in 2018. U-Haul writes, “Illinois was 50th on the list for the third time in four years, outpacing No. 48 California and No. 49 Michigan for net departures among out-migration states.”

Illinois is essentially the polar opposite of Texas. Illinois is a high tax state and its balance sheet is negative with debt. Texas is a low tax state and is not drowning in debt. People want to move where the opportunities are. That’s why companies and the people they employ are moving to states like Texas and leaving states like Illinois.

The Data Tells a Story

U-Haul simply followed their own vehicles to get the data. Where are their trucks going? What states are they leaving?

U-Haul writes, “U-Haul Growth States are calculated by the net gain of one-way U-Haul trucks entering a state versus leaving that state during a calendar year. Migration trends data is compiled from more than 2 million one-way U-Haul truck sharing transactions that occur annually.”

It’s simple: More trucks entering a state than leaving the state means there’s a net gain in new residents. U-Haul is in the perfect position to compile this data because they own tens of thousands of moving trucks.

U-Haul continues, “U-Haul is the authority on migration trends thanks to its expansive network that blankets all 50 states and 10 Canadian provinces. The geographical coverage from more than 21,000 U-Haul truck and trailer sharing locations provide a comprehensive overview of where people are moving like no one else in the industry.”

Read on to view the full list of states by popularity for 2018. These are the states people are moving to. Do you live in one of the top states? Note: The number in parenthesis is the ranking of the state in 2017.

U-Haul photo is a screenshot by RPS Relocation